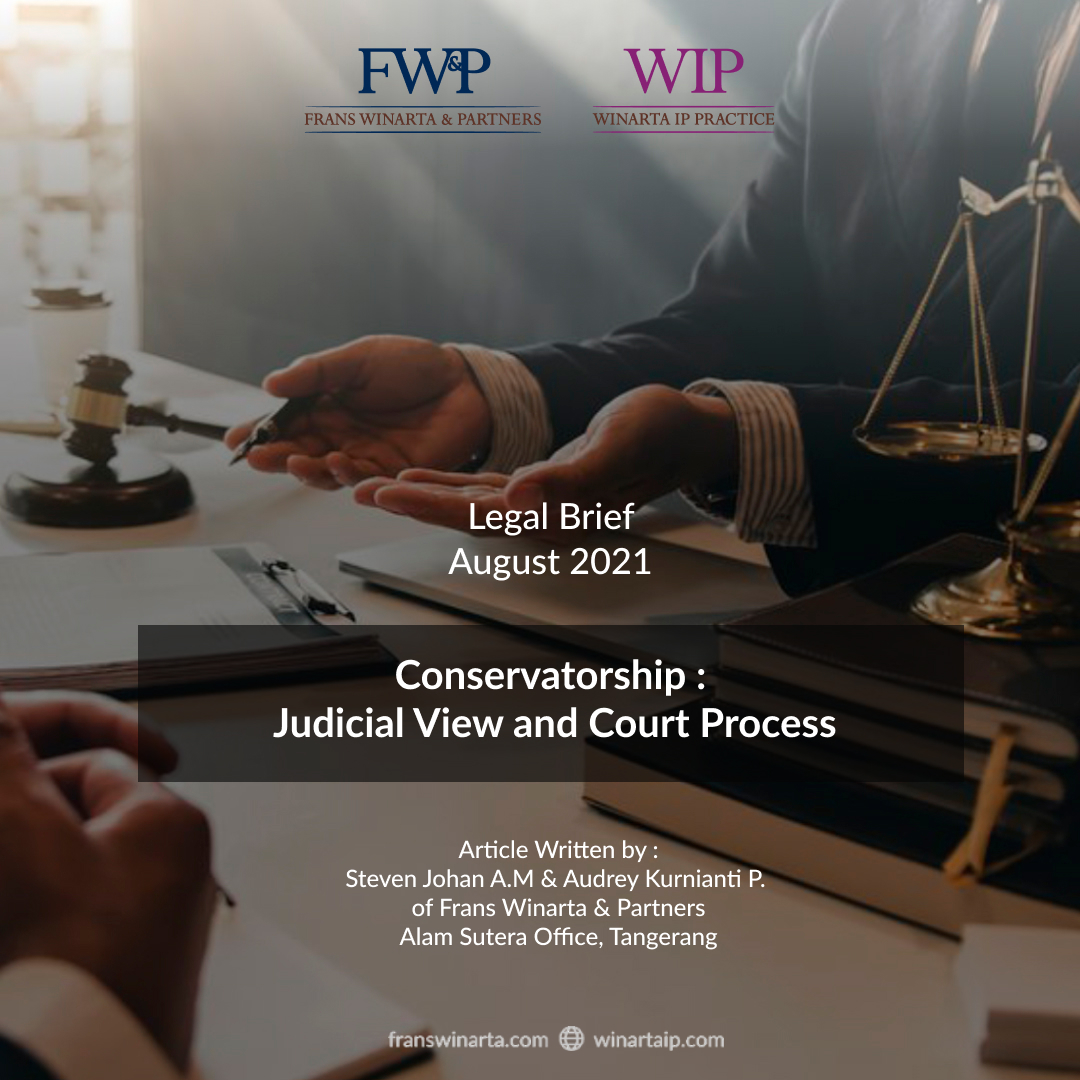 “Each individual shall be authorized to conclude agreements, unless he has been declared incompetent by law.”

Based on Article 1330 of the Civil Code it is said that legal subjects who do not have the competency to carry out legal actions include minors (minderjarig) and individuals under conservatorship (curatele).

Conservatorship (curatele) is a legal protection for an adult by placing him in the same way as minors, where that person must be under protection and supervision. In this case, the adult in question is a person who is legally competent, namely someone who has reached the age of 21 (twenty one) or has been married. As regulated in Article 330 of the Civil Code, as follows:

In the law there are further provisions regarding special conditions for a person who must receive conservatorship. According to Articles 433 and 434 of the Civil Code, there are 5 (five) conditions in which an adult must remain under conservatorship, i.e.:

According to the law, an adult with the above conditions can be said to be a person who is 'incompetent' to carry out legal actions, so that person shall be placed under conservatorship notwithstanding that he might have mental capacity from time to time. This is of course to avoid matters that can be detrimental to him. Thus, civil law in Indonesia provides protection by regulating this conservatorship.

“All requests for conservatorship shall be filed with the court of justice within whose legal jurisdiction the individual in respect of whom such conservatorship is requested is domiciled.”

The following more clearly describes the procedure for submitting a request for conservatorship:

Thus, it can be said that conservatorship (curatele) is mandatory when an adult is considered incompetent to carry out legal actions. In this case, a request for conservatorship should be submitted by the authorized party according to the law to the District Court where the person in respect of whom such conservatorship is requested (curandus) is domiciled, and if for one reason or another a conservator does not carry out/can no longer carry out his duties, then the law regulates the procedure for replacing the conservator (curator).

Get to know us better

Need help for patent cases from filing, prosecution until grant as well as the maintenance of granted patents. Our other firm also handles applications for the registration of marks, copyrights and industrial designs and other cases of intellectual property rights.

Stay connected with us